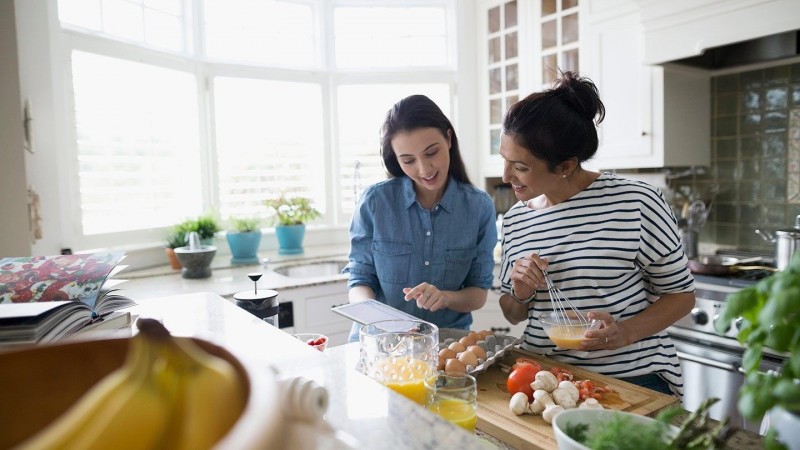 Did you know that about 75% of people who are between 18 – 65 years old experience a headache during the year? According to the World Health Organization, more than 30% report having suffered from a migraine. Migraines last longer and have worse physical effects than a simple headache.

If you often suffer from migraines, you’re in the right place. Studies show that your diet can trigger migraines. But some foods can also reduce and even prevent them.

What’s more, researchers have identified other migraine triggers such as hormonal changes, emotional triggers, low quality sleep or sleep deprivation, and medication. If you want to learn the top 5 tips to leave your migraine headaches behind for good, read on.

A healthy diet will help you prevent migraines. Eat fresh foods such as vegetables, fruits, whole grains, and light proteins. These ingredients contain low quantities of preservatives such as monosodium glutamate (MSG), which can trigger migraines. To help you choose your foods wisely, the Association for Migraine Disorders compiled a list of what to eat and avoid from every food group. Take, for example, the bread, grains, and cereals group. You can eat most cereals except the ones, which contain dried fruits, nuts or aspartame. Also, you can eat most potato chips and plain pretzels. But you must stay away from pizza, flavoured crackers, and seasoned chips.

Foods, Which May Cause Migraines

Foods, which may cause migraines differ from one person to another. But foods such as aged cheeses, chocolate, processed meats, smoked fish, and yeast extracts usually trigger migraines. Also, if you don’t eat anything for a long period, this may also cause a migraine. It’s because of the connection between decreased blood sugar levels and migraine headaches.

How to Identify Migraine Trigger Foods

Some professionals recommend that you keep a food diary. This way, you can track what you eat during the day and record any migraine symptoms you may experience. Also, consider that you may not feel a reaction to a certain type of food right away. It can take up to 24 hours before you develop a migraine.

Next, you must remove a possible migraine trigger food from your diet. It’s how you can check if a migraine still occurs. For example, try eliminating all products, which contain dried foods and aspartame for a few days.

Besides foods, doctors have found additional migraine triggers including environmental changes, hormones, sensory sensitivity, and stress. The transition from one season to another, atmospheric pressure modifications, and storms can trigger migraines. What’s more, hormone fluctuations, which occur during pregnancy and the menstrual cycle can also cause migraines.

Some people suffer from migraines because of certain smells, repetitive sounds or bright light. Nevertheless, stress, illness, and lack of sleep are also responsible for migraines. What’s best, you’ll find that an efficient solution to naturally relieve stress and balance the body’s internal processes is to visit a professional such as Sunbury Chiropractor. And sometimes, you could also be dealing with a combination of migraine triggers such as lack of sleep, stress, and hunger.

What to Eat During a Migraine Episode

Although it seems counterintuitive, caffeine can help treat migraines. However, be careful about the amount of caffeine you consume as it’s also a potential migraine trigger in high quantities. According to the American Migraine Foundation, you must limit your daily consumption to 200 mg of caffeine. On the other hand, if you usually consume more than 100 mg of caffeine, you can suffer from headaches.

Eat simple foods from the list of approved ingredients published by the Association of Migraine Disorders to reduce nausea during a migraine episode. For example, eat foods such as saltine crackers, fresh vegetables, and lean proteins.